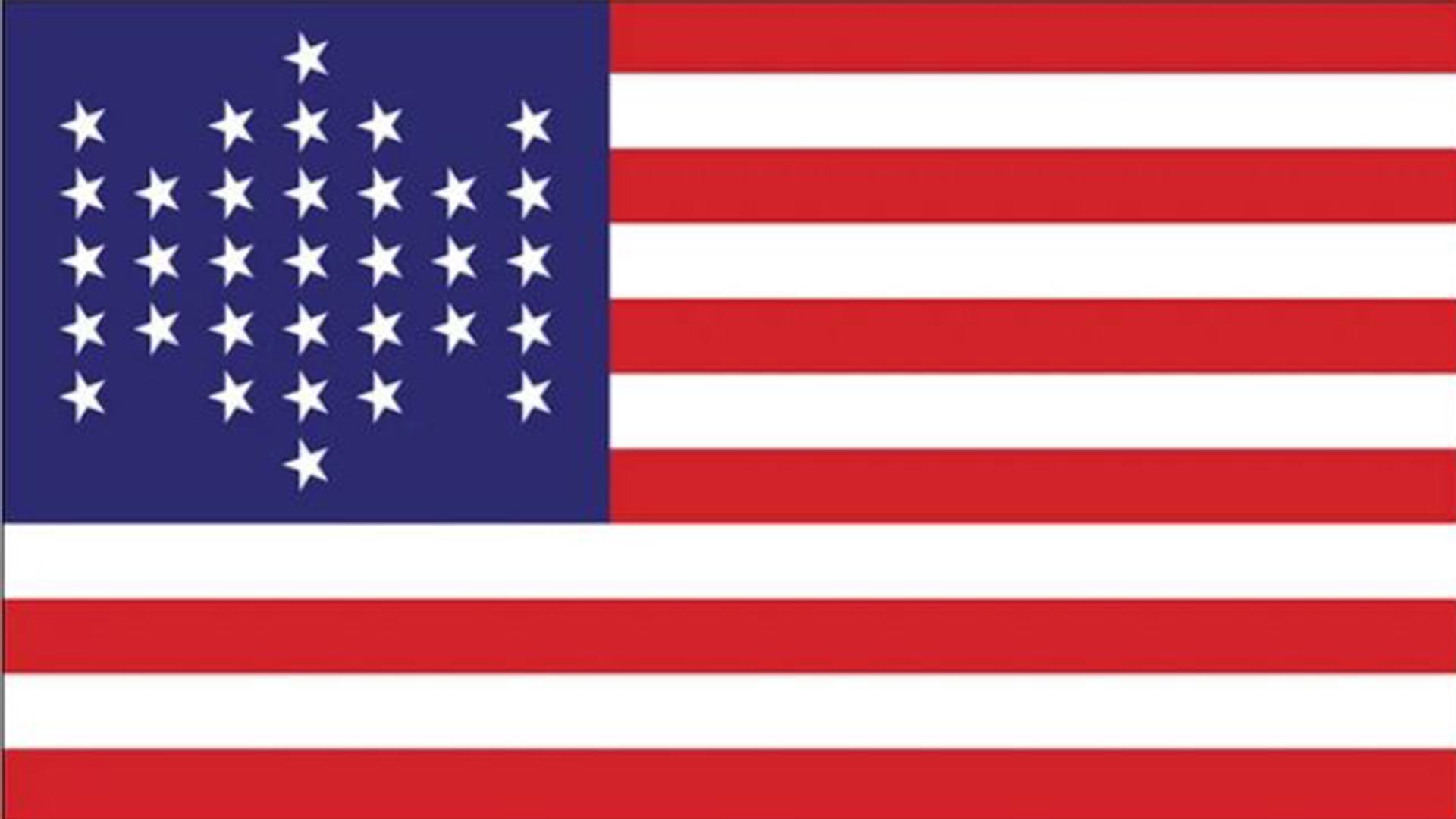 The Civil War began with the Confederate bombardment of Fort Sumter in Charleston South Carolina on April 12, 1861. After the original garrison flag ripped, this flag was hoisted above Fort Sumter.

Major Robert Anderson lowered the flag when he evacuated Fort Sumter on April 14, 1861. He brought the flag to New York City on April 20, 1861 for a rally on behalf of the Union. The flag soon went on tour to various rallies in the North where “auctions” were held to raise funds on behalf of the Union’s war effort. The “winners” of the auctions promptly returned the flag so that the fundraising tour could continue.

In February 1865, the Confederacy abandoned Charleston. At Abraham Lincoln’s direction, exactly four years to the day the flag was lowered, then Major General Robert Anderson raised it at Fort Sumter.

At the flag raising ceremony, the Reverend Henry Ward Beech delivered a powerful oration that remarked:

On this solemn and joyful day, we again lift to the breeze our fathers’ flag, now, again, the banner of the United States, with the fervent prayer that God will crown it with honour, protect it from treason, and send it down to our children with all the blessings of civilization, liberty, and religion. Terrible in battle, may it be beneficent in peace! Happily no bird or beast of prey has been inscribed upon it. The stars that redeem the night from darkness, and the beams of red light that beautify the morning, have been united upon its folds. As long as the sun or the stars endure, may it wave over a nation neither enslaved nor enslaving…

In this solemn hour, let us pray for the quick coming of reconciliation and happiness under this common flag…

In the name of God we lift up our banner, and dedicate it to peace, union, and liberty, now and for ever more. Amen.

In a remarkable twist of fate, Abraham Lincoln was assassinated that very night.