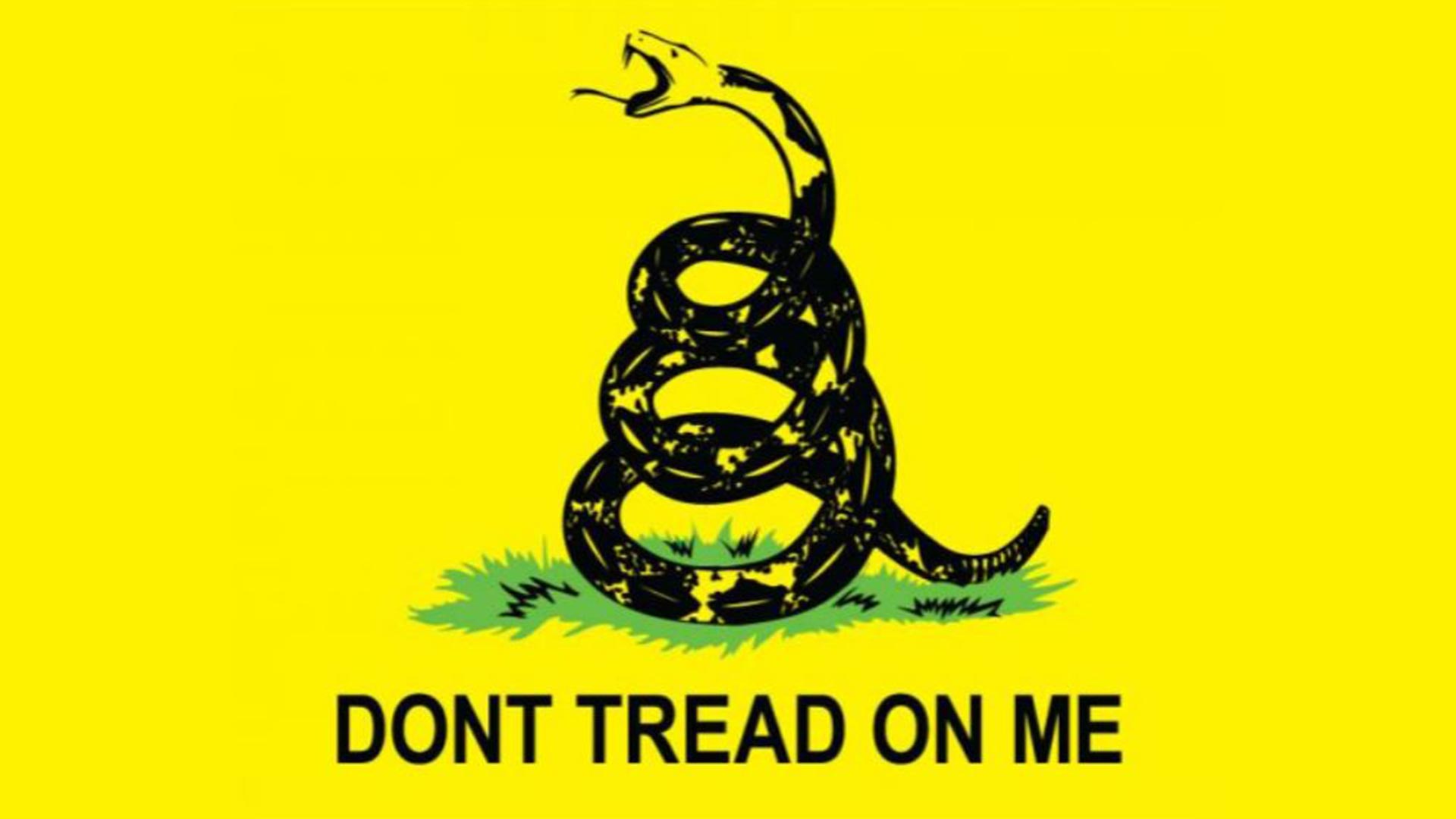 This flag from the American Revolution has a storied and beloved history. The first recorded use of a field of yellow with a coiled rattlesnake and the motto “Dont Tread on Me” was on the drums of America’s first marines in the Fall of 1775.

Colonel Christopher Gadsden of South Carolina was a member of Congress, and he was a member of the committee in charge of the marine’s first naval mission. Gadsden gave a flag mimicking the marines’ drums to Commodore Esek Hopkins as Hopkins’s personal standard.

Whether Gadsden originally made the design for the marines (or whether he was inspired by their design) has been lost to history. However, Gadsden was personally responsible for making it a rallying symbol for Americans everywhere. In addition, the navy used a permutation of the design as their first Navy Jack, and since September 11 it has been used on all active navy vessels.

Benjamin Franklin, writing under the pseudonym “American Guesser” wrote in the Pennsylvania Journal why the rattlesnake was a fitting symbol for the colonies and their resistance to British oppression:

I recollected that her eye excelled in brightness, that of any other animal, and that she has no eye-lids; She may therefore be esteemed an emblem of vigilance. “She never begins an attack, nor, when once engaged, ever surrenders: She is therefore an emblem of magnanimity and true courage.” As if anxious to prevent all pretensions of quarreling with her, the weapons with which nature has furnished her, she conceals in the roof of her mouth, so that, to those who are unacquainted with her, she appears to be a most defenseless animal; and even when those weapons are shewn and extended for her defense, they appear weak and contemptible; but their wounds however small, are decisive and fatal: “Conscious of this, she never wounds till she has generously given notice, even to her enemy, and cautioned him against the danger of treading on her. Was I wrong, Sir, in thinking this a strong picture of the temper and conduct of America?”

The Gadsden Flag continues to stir the imagination and embodies the spirit of America.