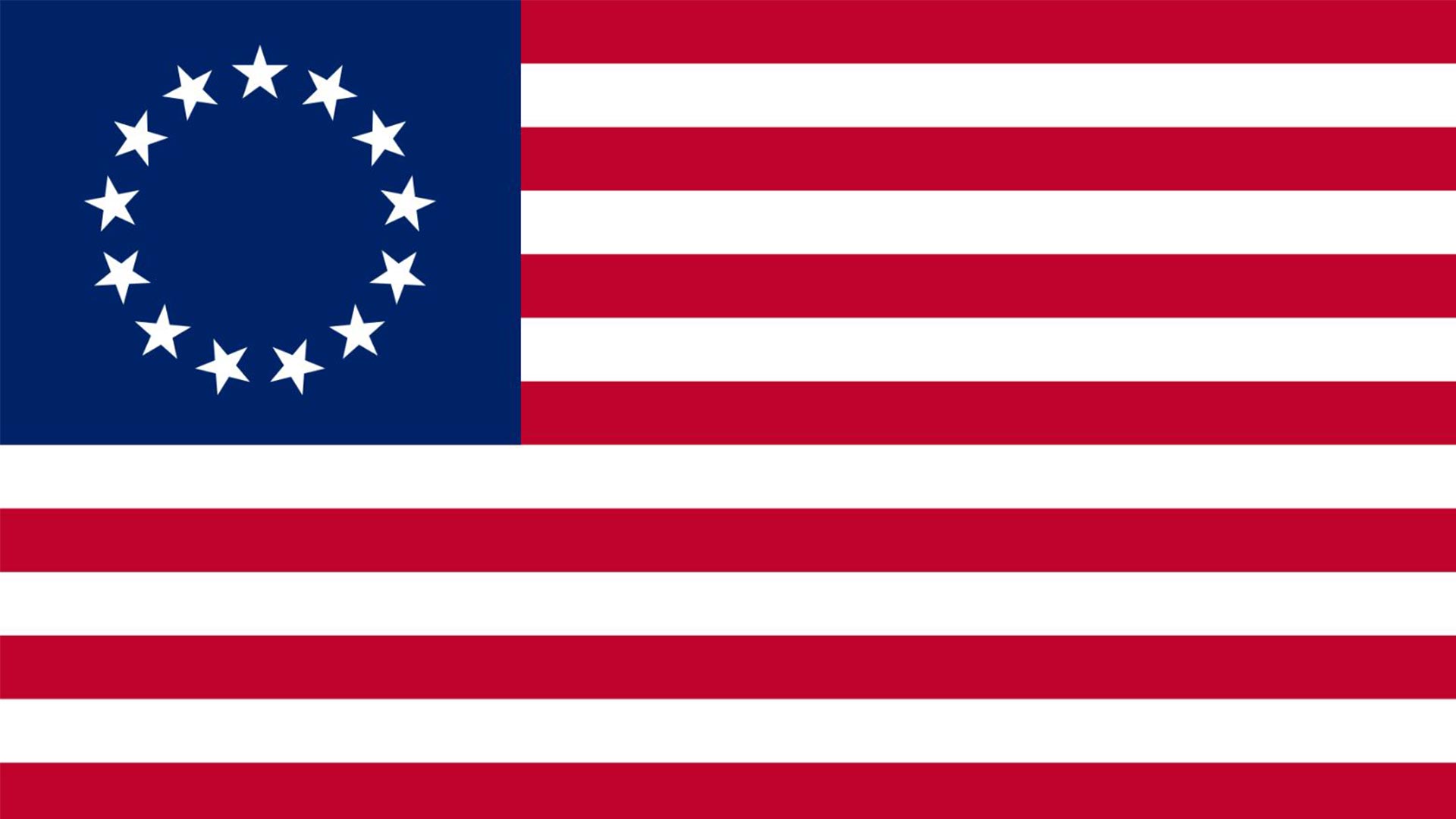 Legend – in hot dispute – holds that in May of 1776, on behalf of the Continental Congress, George Washington, Robert Morris, and George Ross met secretly with Betsy Ross and asked her to sew the first official flag of America. George Ross was the uncle of Betsy’s late husband; and according to lore Betsy also attended the same church as Washington.

There is no doubt, however, that on June 14, 1777 (now Flag Day), the Continental Congress, adopted the national flag through the following resolution: “Resolved: that the flag of the United States be thirteen stripes, alternate red and white; that the union be thirteen stars, white in a blue field, representing a new constellation.”

The origin of the design and the reasons for the colors remain in hot dispute. However, Secretary of the Congress Charles Thompson wrote in connection with the Seal of our Nation that,

“The colors of the pales (the vertical stripes on the shield of the eagle) are those used in the flag of the United States of America;

BLUE, the color of the Chief (the blue band at the top of the shield) signifies vigilance, perseverance & Justice.”

On the other hand, George Washington is reported to have said that “We take the stars from Heaven, the red from our mother country, separating it by white stripes, thus showing that we have separated from her, and the white stripes shall go down to posterity representing liberty.” He also said, “Let the 13 stars in a circle stand as a new constellation in the heavens.”

Regardless of its origins, the Betsy Ross flags has been – and remains – a vibrant and most beloved symbol of America.