“When in the Course of human events…” 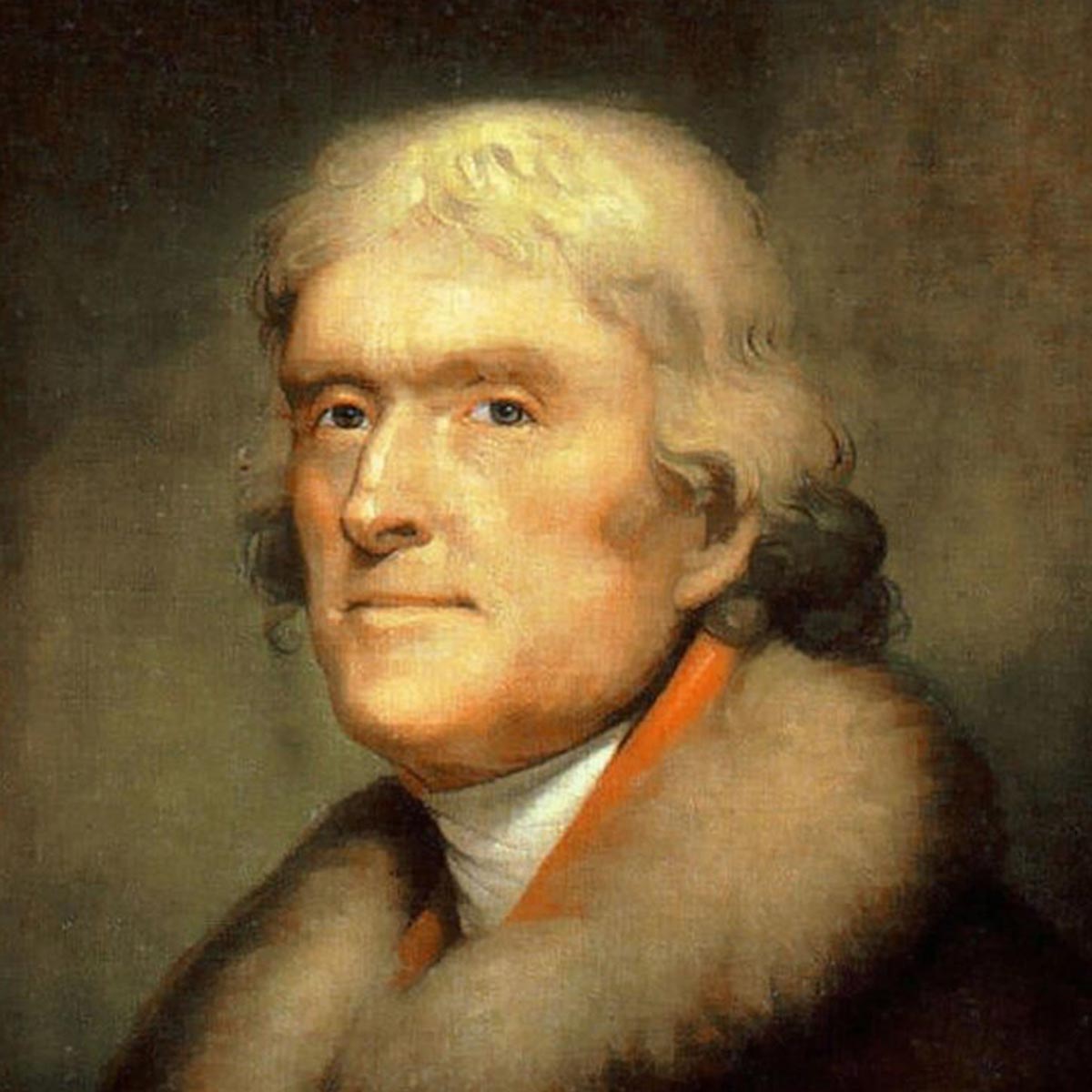 AUTHOR OF THE DECLARATION OF INDEPENDENCE, OF THE STATUE OF VIRGINIA FOR RELIGIOUS FREEDOM AND FATHER OF THE UNIVERSITY OF VIRGINIA

Thomas Jefferson was the primary author of the Declaration of Independence and leading visionary of the Founding Fathers.

Born on April 13, 1743 in Albemarle County, Virginia, he was a major plantation owner, lawyer, scientist, writer, and inventor. Jefferson became a leading voice for American independence when he wrote A Summary View of the Rights of British America (1774).

As a delegate at the Second Continental Congress, he was assigned to draft the Declaration of Independence. John Adams explained to Jefferson why: “Reason first – You are a Virginian, and a Virginian ought to appear at the head of this business. Reason second – I am obnoxious, suspected and unpopular. You are very much otherwise. Reason third – You can write ten times better than I can.”

Throughout his life, Jefferson was perhaps the most eloquent defender of America’s First Principles. For example, he explained the essence of the Founders’ understanding of unalienable rights: “a free people claims their rights as derived from the laws of nature, and not as a gift from their chief magistrate.” In the Declaration of Independence, he elaborated on behalf of the Founding Fathers:

We hold these truths to be self-evident, that all men are created equal, that they are endowed by their Creator with certain unalienable rights, that among these are life, liberty and the pursuit of happiness. That to secure these rights, governments are instituted among men…

Jefferson deeply believed in understanding and adhering to our First Principles as this passage from a letter to Samuel Kercheval (1816) reveals:

Only lay down true principles, and adhere to them inflexibly. Do not be frightened into their surrender by the alarms of the timid, or the croakings of wealth against the ascendancy of the people…

A departure from principle in one instance becomes a precedent for a second; that second for a third; and so on, till the bulk of the society is reduced to be mere automatons of misery, to have no sensibilities left but for sin and suffering.

Jefferson became war-time Governor of Virginia, and succeeded Benjamin Franklin as minister to France in 1785. While in Europe, James Madison worked to ensure that Jefferson’s proposed Statute of Virginia for Religious Freedom became law – creating a separation of church and state in Virginia. The Statute was the basis for the First Amendment’s Establishment Clause.

Jefferson was later tapped by George Washington to become the nation’s first Secretary of State.

Narrowly losing election in 1796 to Adams, he became the nation’s third Vice-President.

When he defeated Adams in a rematch, he became President – in what he dubbed the “Revolution of 1800.”

Jefferson retired to Monticello after two tumultuous terms as President, and founded the University of Virginia.