“How can ‘the consent of the governed’ be given, if the right to vote be denied?” 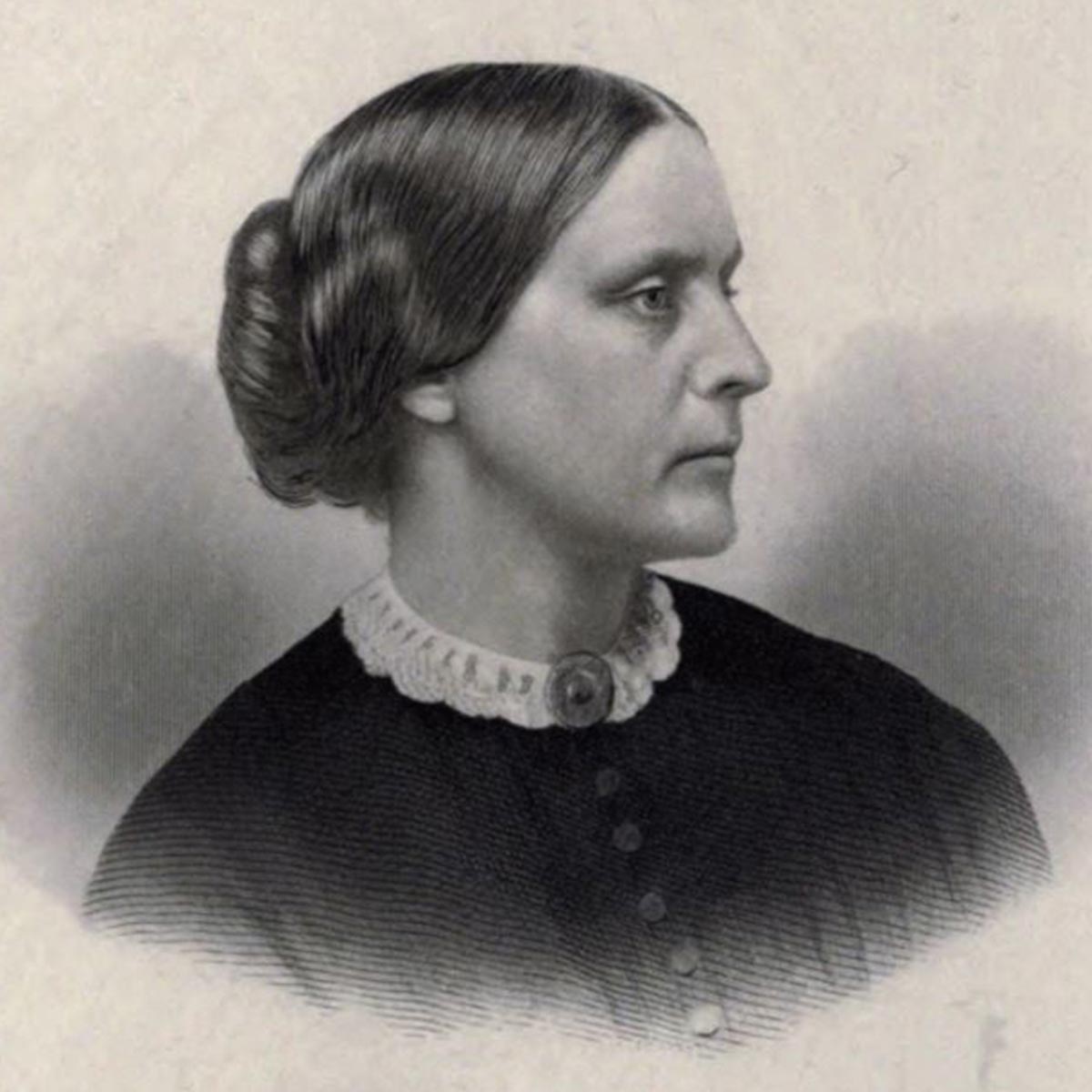 Susan B. Anthony was a leading spokesperson, polemist, and organizer for women’s suffrage and equality, and relied heavily on America’s First Principles.

Born in Adams, Massachusetts on February 15, 1820, Susan Brownell Anthony began her public life as an abolitionist and in the temperance movement. In the early 1850s she began to focus her energy on women’s suffrage and women’s equality.

She soon joined forces with Elizabeth Cady Stanton, and they eventually formed the National Women’s Suffrage Association in 1869. They were peculiar partners. Stanton was full-time mother and housekeeper. She was also married to a politician who little understood her egalitarian beliefs. Anthony, single and childless, was an effective and tireless organizer for the movement, while Stanton was a powerful writer and orator. Anthony was a teacher for 15 years, published a newspaper (The Revolution), and was an active abolitionist and temperance reformer.

Rooting her arguments in America’s First Principles, Anthony explained how the denial of political rights to women violated the unalienable rights, equality, and the Social Compact because it,

“Enforces taxation without representation – that compels them to obey laws to which they never have given their consent – that imprisons and hangs them without a trial by a jury of their peers – that robs them, in marriage, of the custody of their own persons, wages, and children – are this half of the people who are left wholly at the mercy of the other half, in direct violation of the spirit and the letter of the declarations of the framers of this government, every one of which was based on the immutable principle of equal rights to all.”

Anthony was famously tried and convicted of illegally voting in the presidential election of 1872. Her eloquent closing argument, grounded on the language of the 14th Amendment of the Constitution, was for not. The judge fined her $100, which she refused to pay, and which was never collected. To avoid an appeal, the judge refused to proceed with contempt proceedings.

Undaunted, Anthony proceeded to to on a speaking tour in which delivered a powerful speech based on her conviction. In that speech she declared “it is a downright mockery to talk to women of their enjoyment of the blessings of liberty while they are denied the use of the only means of securing them provided by this democratic-republican government – the ballot.”

Although she died in 1906 – years before the adoption of the 19th Amendment and women’s suffrage – she laid the bedrock on which women’s rights would be secured through the present day.