“What have I, or those I represent, to do with your national independence? Are the great principles of political freedom and of natural justice embodied in the Declaration of Independence, extended to us?” 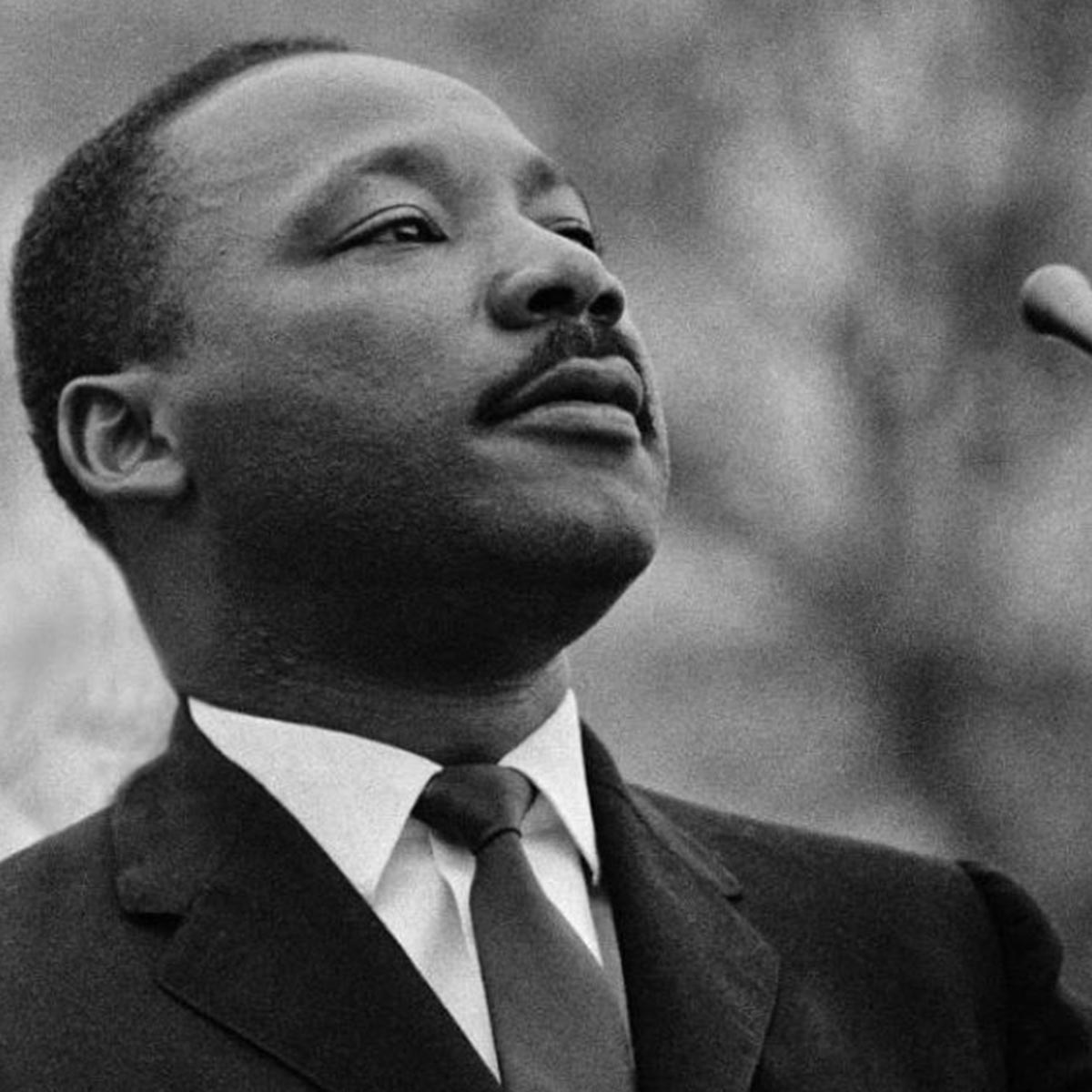 Reverend Martin Luther King, Jr. was born on January 15, 1929, in Atlanta, Georgia. King was the greatest leader of the Civil Rights Movement beginning in the 1950s until he was assassinated in 1968.

The impetus underlying the Civil Rights Movement, like the drive to abolish slavery and enact Reconstruction, was the belief in the First Principle of equality. Dr. King firmly believed in this conviction and used it as his greatest weapon.

King preached and practiced non-violent opposition in the face of oppression. He established the Southern Christian Leadership Conference in 1957, and led the struggle for equality during the Montgomery Bus Boycott. He was awarded the Nobel Peace Prize in 1964.

Writing from a jail cell in Birmingham, Alabama in 1963, he explained that the civil rights activists were “standing up for what is best in the American dream and for the sacred values in our Judaeo-Christian heritage, thereby bringing our nation back to those great wells of democracy which were dug deep by the founding fathers in their formulation of the Constitution and the Declaration of Independence.”

Thus, it was natural for King, when he addressed over 200,000 supporters who had marched on Washington, D.C., to echo Thomas Jefferson, Abraham Lincoln, and Frederick Douglass, in his famous and moving I Have a Dream Speech:

In a sense we have come to our nation’s capital to cash a check. When the architects of our republic wrote the magnificent words of the Constitution and the Declaration of Independence, they were signing a promissory note to which every American was to fall heir. This note was a promise that all men, yes, black men as well as white men, would be guaranteed the unalienable rights of life, liberty, and the pursuit of happiness. It is obvious today that America has defaulted on this promissory note insofar as her citizens of color are concerned. Instead of honoring this sacred obligation, America has given the Negro people a bad check, a check which has come back marked “insufficient funds.” But we refuse to believe that the bank of justice is bankrupt. We refuse to believe that there are insufficient funds in the great vaults of opportunity of this nation. So we have come to cash this check — a check that will give us upon demand the riches of freedom and the security of justice.

The efforts and Dr. King and others in the Civil Rights Movement led to the adoption of several federal civil rights acts and ground-breaking Supreme Court decisions.

King was assassinated on April 4, 1968, in Memphis, Tennessee. His assassination gripped the nation and became a major impetuous for embracing racial equality in America.