“They accomplished a revolution which has no parallel in the annals of human society. They reared the fabrics of governments which have no model on the face of the globe.” 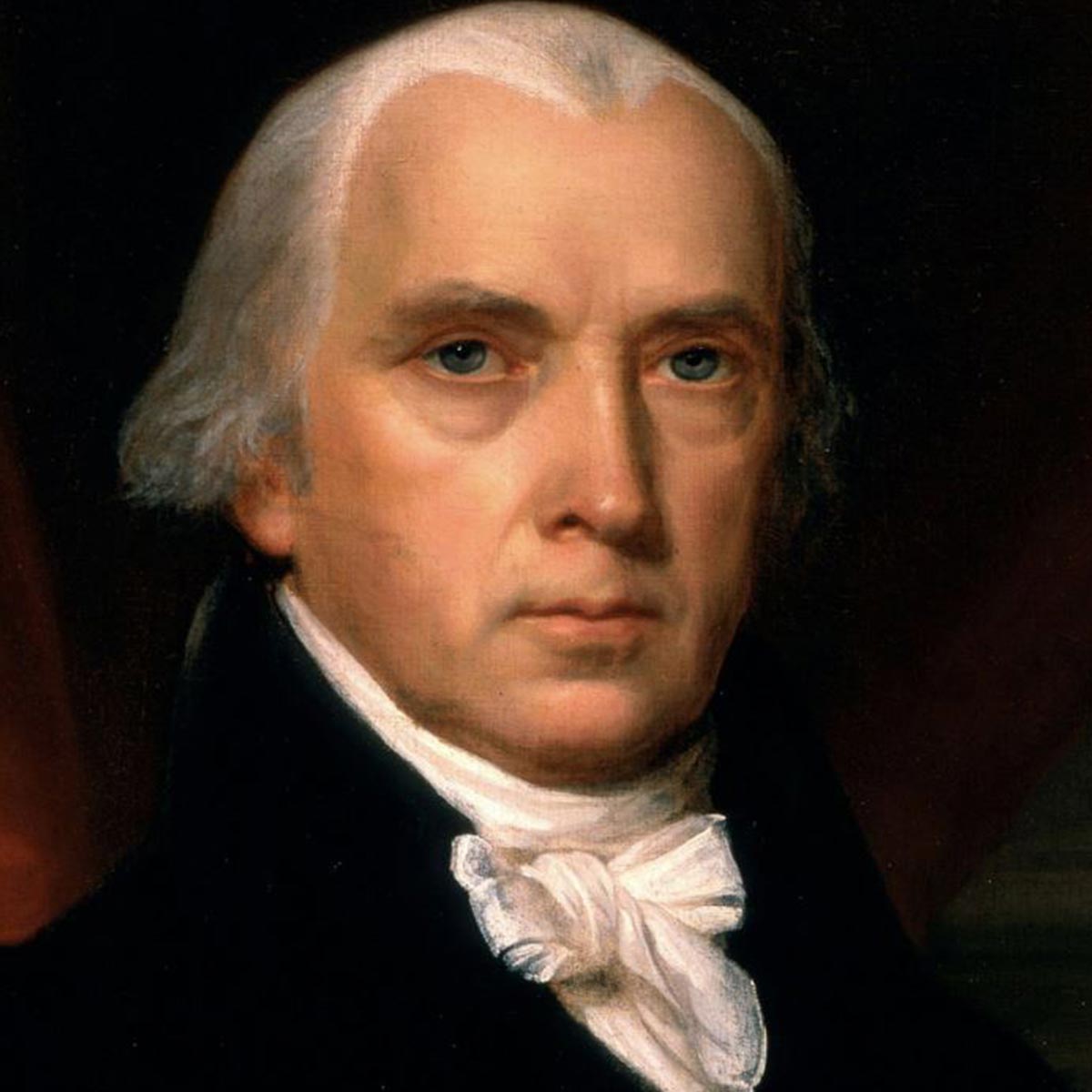 FATHER OF THE CONSTITUTION

Madison began his political career in the midst of the American Revolution as a member of the Orange County Committee of Safety in 1775 and in the Virginia Constitutional Convention of 1776. He served in the state legislature and the Continental Congress from 1780-1783 and 1786-1788.

Likely the Constitutional Convention’s most brilliant political theorist, he was considered the best informed man of any point in debate by fellow delegate William Pierce of Georgia. Madison is appropriately known as the father of the Constitution for his outline for the new government.

Madison explained the critical issue facing the Constitutional Convention: “If men were angels, no government would be necessary. If angels were to govern men, neither external nor internal controls on government would be necessary.” Yet, the angels remain in heaven and imperfect men must govern themselves. Accordingly, “the great difficulty lies in this: you must first enable the government to control the governed; and in the next place oblige it to control itself.”

Madison brilliantly answered the difficulty by, among other things, embedding in the Constitution the separation of powers, checks and balances, enumerated powers (i.e., that the federal government only has the authority expressly given it in the Constitution), and federalism (the idea that all powers not given to the federal government reside in the states or the people).

Madison’s Federalist Paper No. 10 established a new theory of protecting the unalienable rights of the people by explaining that such rights were best protected in large (as opposed to small) republics in which competing factions would limit the ability of an oppressive majority to quash the rights of political minorities.

Madison would draft and ensure the ratification of the Bill of Rights, which protected the unalienable rights of American citizens, including the free exercise of religion, free speech, free press, the right to bear arms, the right to a jury, due process, and federalism (via the 10th Amendment).

Madison’s brilliantly inspired Memorial and Remonstrance Against Religious Assessments (1785) became the philosophical basis for the First Amendment’s nearly unprecedented prohibition of the establishment of religion by the federal government and securing the free exercise of religion.

He would become Jefferson’s Secretary of State, and succeed Jefferson as President for two terms.

Having left an indelible mark on America, he died on June 28, 1836 in Montpelier, Virginia.