"The greatest character of the age..." -King George III 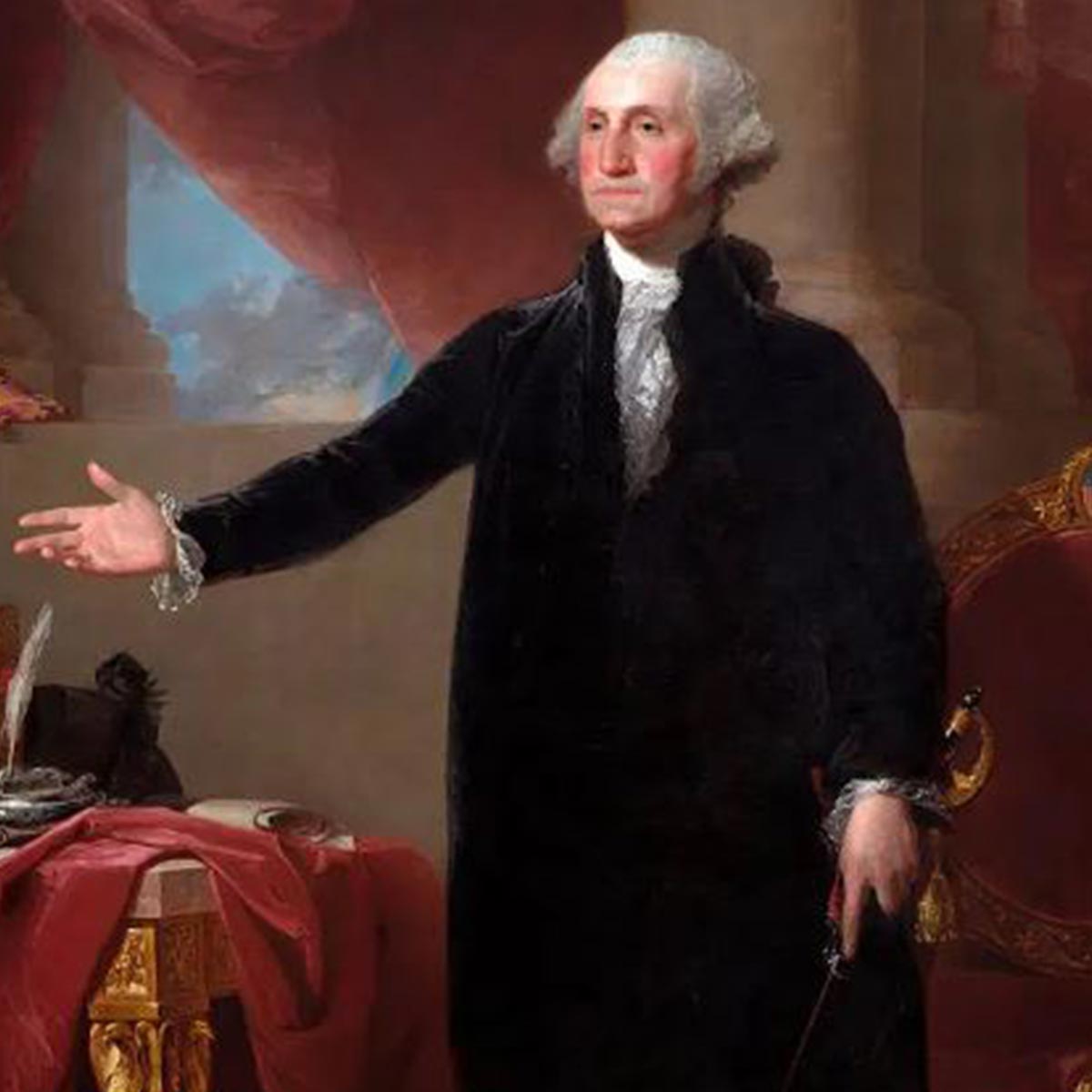 THE INDISPENSABLE MAN AND FATHER OF THE NATION

Founding Father George Washington was the indispensable man during the founding era.

Born on February 22, 1732 in Westmoreland County, Virginia, Washington was the leading personality of the American Revolution.

A Virginian plantation owner and large landholder, he had become a military leader during the French and Indian War, one well-known for his bravery. In one fierce engagement early in his military career, he led his troops when his commanding officer was slain. At the time, the Indian chief in charge of the battle ordered his troops to fire on Washington. After they fired 17 times and failed to hit him (although two horses were shot from under him), the Chief ordered his troops to stop targeting Washington and declared that Washington was a man blessed by God and would become the leader of a great empire. After Washington gathered his troops, he discovered that he had four bullet holes in his overcoat, but he was never scratched.

Washington’s impact was remarkable. This skirmish led to the French and Indian War, which led to taxation of the colonies without representation and British oppression, which led to the American Revolution and Washington becoming the commander of Continental Army – and eventually President of the United States.

A towering figure, he was truly larger than life. In May 1775, the Second Continental Congress elected Washington as the Commander in Chief of the Continental Army. A man of tremendous character and fortitude, through almost sheer willpower, Washington led the American Army and faltering nation through a grueling and successful war against the mightiest empire on earth.

Although he attempted to retire to his estate at Mount Vernon, he was called back to service as the President of the Constitutional Convention in Philadelphia in 1787. Washington’s invaluable presence lent the Convention tremendous legitimacy. After the

Constitution was ratified, he served two terms as the first President of the United States.

Never did nature and fortune combine more perfectly to make a man great, and to place him in the same constellation with whatever worthies have merited a man an everlasting remembrance. For his was a singular destiny and merit, of leading the armies of his country successfully through an arduous war, for establishment of its independence; of conducting its councils through the birth of a government, new in its forms and principles, until it had settled down into a quiet and orderly train…

When Washington had announced he would be voluntarily relinquishing power by retiring as President, his nemesis King George III stated that Washington was “placed in a light the most distinguished of any man living,” and was “the greatest character of the age.”

No wonder, then, that in the wake of his death that the House of Representatives passed a resolution authored by Henry Lee that summarized America’s thoughts on Washington: “first in war, first in peace, and first in the hearts of his countrymen.”