“We here highly resolve that these dead shall not have died in vain – that this nation, under God, shall have a new birth of freedom – and that government of the people, by the people, for the people, shall not perish from the earth.” 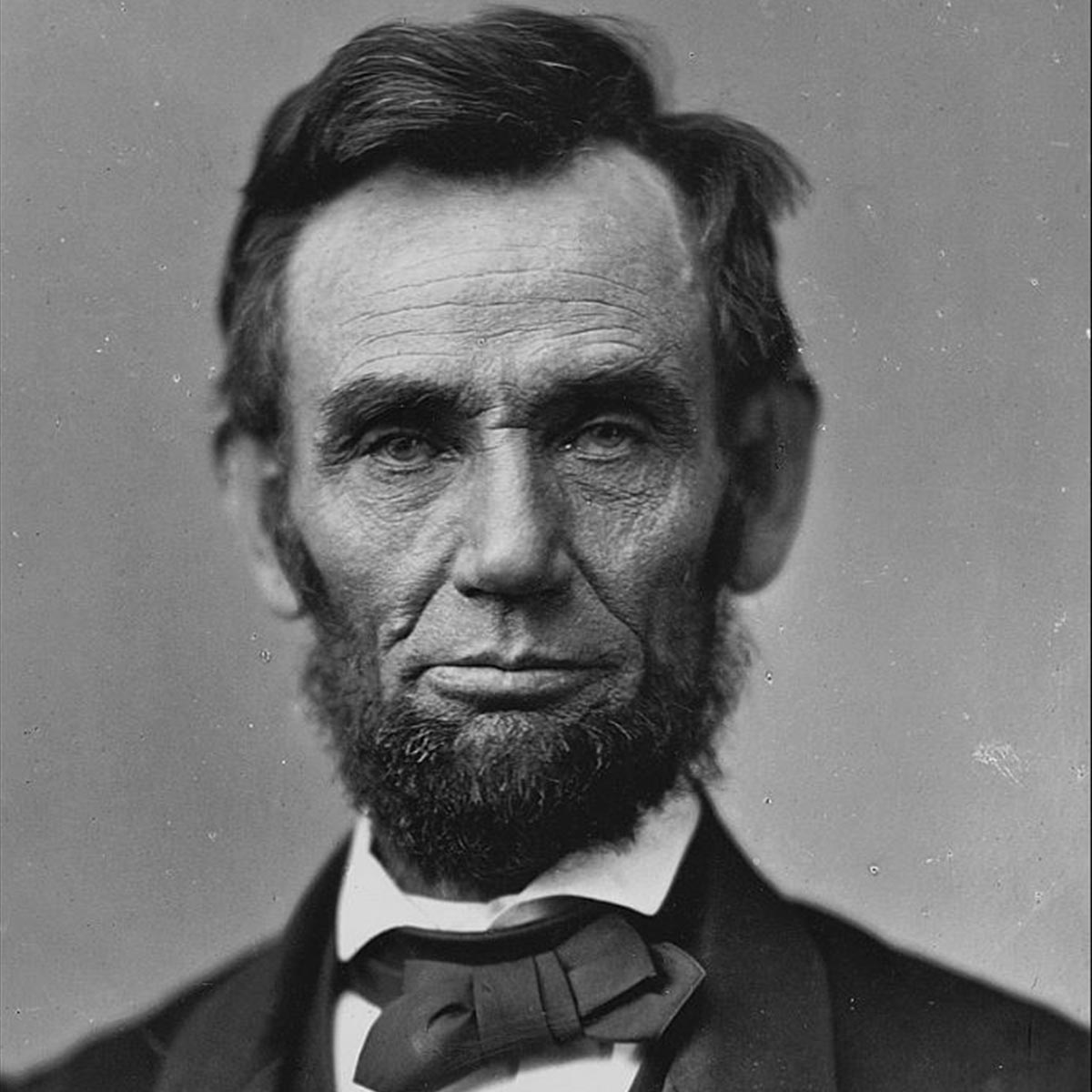 From the humblest of origins, Abraham Lincoln became President, led the nation through the Civil War, freed the slaves, and confirmed America’s commitment to racial equality in the Gettysburg Address.

Born a poor child on February 12, 1809 in Hardin County, Kentucky, Lincoln eventually taught himself the law and became a renowned lawyer in Illinois.

He began his political career losing a race for the state legislature in 1832. He would win two years later and serve in the Illinois House from 1834-1841. While winning a seat to Congress in the House of Representatives in 1847, he lost his bid for reelection as well as two bids for the Senate in 1855 and 1858.

This repeat loser won the presidency in 1860.

In 1854, Lincoln pleaded to the nation that it should “re-adopt the Declaration of Independence, and, with it, the practices and policy which harmonize with it. Let north and south – let all Americans – let all lovers of liberty everywhere join the great and good work. If we do this, we shall not only have saved the Union; but we shall have so saved it, as to make, and to keep it, forever worthy of the saving.”

Calling upon the First Principles, Lincoln argued for the emancipation of slaves, protecting the unalienable rights of African Americans, and equality before the law.

With an uncanny intellect and will he became the rock upon which the Union was preserved during the Civil War. Lincoln could act upon the First Principles when he promulgated the Emancipation Proclamation on New Year’s Day, 1863 – declaring all slaves in states under the South’s control to be free.

Lincoln’s Gettysburg Address (1863) was a defining moment in the struggle to secure equality and unalienable rights for all Americans. While possessing no legal authority, it is nearly as important to the American character as the Declaration of Independence. No other speech reveals – and helped cause – the evolution of American thought. He explained that the nation was “conceived in liberty and dedicated to the proposition that all men are created equal.” He continued: “Now we are engaged in a great civil war, testing whether that nation or any nation so conceived and so dedicated, can long endure.” He concluded with these immortal words:

It is rather for us to be here dedicated to the great task remaining before us – that from those honored dead we take increased devotion to that cause for which they gave the last full measure of devotion – that we here highly resolve that these dead shall not have died in vain – that this nation, under God, shall have a new birth of freedom – and that government of the people, by the people, for the people, shall not perish from the earth.

Simply put, Lincoln explained that America was founded upon certain First Principles and that it must struggle to meet those principles – even at great and horrible costs – to ensure that the nation dedicated those First Principles could survive.

Lincoln was assassinated on Good Friday, 1865 by Confederate sympathizer John Wilkes Booth. Although he did not live to see the end of the Civil War, his legacy and vision continue to live today.